Check out the video below for a 60 second laugh.

For the rest of the video check out

Some Quick Pics of Me at The Yellowhead Casino in Edmonton. Thank you for the dope time Alberta!! Side note, notice the Corona turns into a Heineken. The turn up was real!!

CHECK OUT THIS STAND-UP CLIP OF ME BACK IN 2012 DROPPING SOME HEAT ROCKS!!

LAUGHS FROM THE 6IX

Amazing Time Headlining Laughs from The 6ix and sharing the Stage with David Koechner AKA CHAMP from Anchorman @ The Comedy Bar! Thank you to everyone who came out and laughed! WHHHAAMMY! 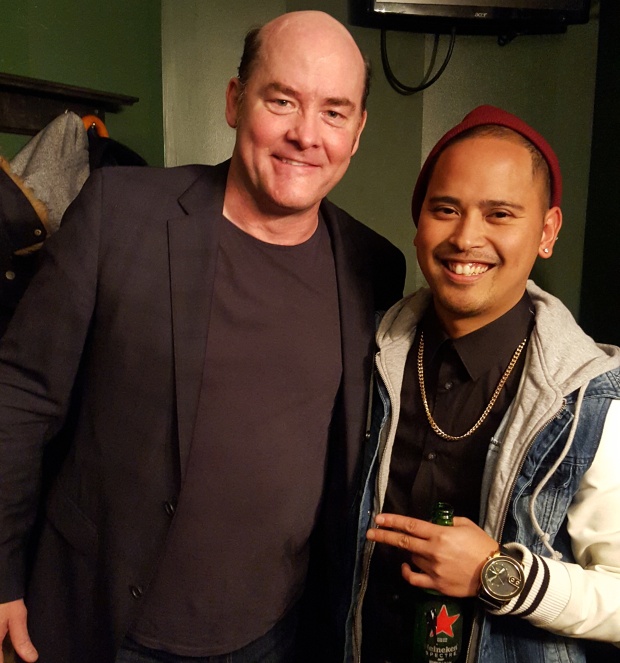 SOMETHING TO CHUCKLE TO WHILE AT THE OFFICE!

My Debut Comedy Album “GRINDECOLOGY” topped the comedy charts on Itunes and Google play! Thank you to everyone who supported! Below the images are 3 tracks from the album just in case you haven’t gotten yourself a copy!

QUICK SKIT @ THE MOST RACES SHOW ON EARTH 2014 PANASONIC THEATRE

HERE’S CLIP OF ONE OF MY LAST SETS OF 2014 AT THE SOLD OUT NUBIAN DISCIPLES SHOW AT YUK YUKS DOWNTOWN TORONTO WITH HOST KENNY ROBINSON!! CHECK IT OUT

LATER THIS YEAR I WILL BE RELEASING MY FIRST COMEDY ALBUM THROUGH ITUNES WITH THE GREAT PEOPLE @ COMEDY RECORDS ENTITLED “GRINDECOLOGY” THE ALBUM WILL CONSIST OF LIVE STAND UP AND STUDIO RECORDED SKETCHES!! I WILL BE RECORDING MY STAND UP SEGMENT OF THE ALBUM SATURDAY MARCH 14TH 2015 @ 10PM AT THE BLACK SWAN 154 DANFORTH AVENUE

GOIN’ HAM IN THE HAMMER!

A Quick Pic of me doing what I do best @ Yuk Yuks Hamilton this past weekend! It was 3 Awesome shows!! Thanks for the Love!!

YUK YUKS COMIC OF THE WEEK

I’m blessed to announce that I am featured this week as Yuk Yuk’s Comic of the week!

Check out the link for upcoming Yuk Yuks shows and press!

Dope show last night at Queen Elizabeth theatre! Great crowd and amazing comics to get them amped!! shotout to everyone who came out and helped with the project!!

**Click the link below to see this dope vid during the curtain call, and since I was the first comic on stage and I was getting faded in the greenroom with Jameson in the cup!

Check this old video of me and the homies of THE BOOM dropped to show y’all how to pick up a classy lady!!

During my Headline set at the Levity Live Comedy Club in New York, a woman decided to heckle me. Mind you, it was the second show of the night during the late spot. So this woman had to have been drunk…So I had to take care of business! She went on for a while but this is pretty much how I ended it! Check it out!!

Check out a Clean Set a dropped at Yuk Yuks Downtown Toronto!

Just a little somethin’ somethin’ to play at your desk and catch a few laughs off!